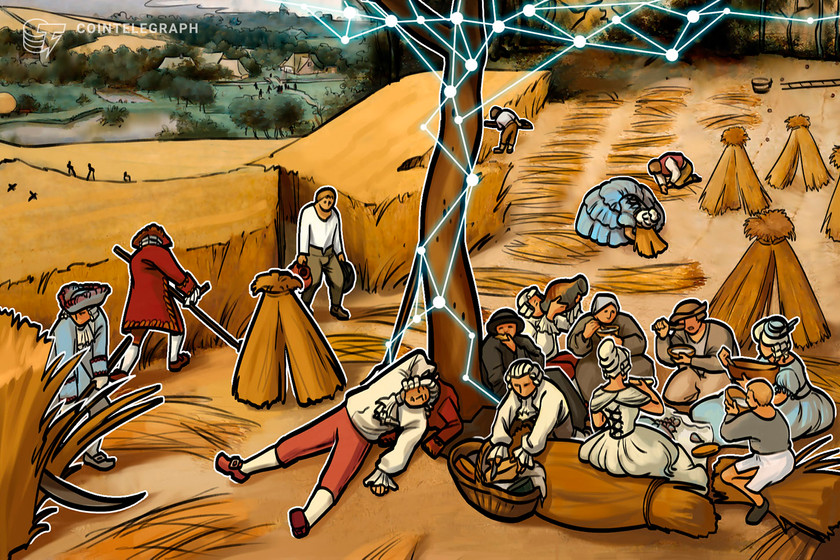 Throughout the ages, people argued with each other about everything from food to land to ideology, only to find peace and work together later. They later returned to draw weapons. Major schisms between Catholicism and Eastern Orthodox Christianity were later repeated with the Protestant Catholic Wars of the 17th century, until peace finally came upon the parties centuries after they began.

Fast-forward 400 years, and it is clear that technology has done nothing to curb our tribal instincts. In any case, the rise of blockchain has increased these instincts in a destructive way. Tribalism prevents blockchain from maximizing its limitless potential, yet the “your currency versus my currency” attitude is prevalent, even among industry leaders. At the same time, our ability to navigate choppy waters and ride the tide of mass adoption rests on our willingness to cooperate, despite our basic tendencies toward tribal behavior.

However, the problem goes deeper than economic and political guiding principles. Many cryptocurrencies develop loyal followers and become tribal in nature, taking an ambivalent, if not overtly hostile, attitude towards other currencies.

One can easily find barbs in the cryptoverse, on Twitter or on Reddit, where users troll other coins with taunts like ‘shitcoin’. This toxic brand of tribalism is also seeping through to blockchain developers, who may be throwing out superior technologies just because they belong to a different camp. This is obviously detrimental to the progress of blockchain applications as a whole.

This tribalism can potentially deter newcomers and talented developers and stunt their growth and development. As such, this immature feud of superiority complexes that has led to toxic tribalism within the blockchain community must be ended in the interests of all parties who ultimately share the same ultimate goal: propelling blockchain to the mainstream.

Many of us remember the witty Wendy’s jabs to its competitors and other users on Twitter from the past decade. But we can hardly imagine the big guns openly calling each other’s products ‘s —‘ or coming up with other obnoxious names of their products on Twitter, in the same way that crypto users have trashed competing digital currencies.

But there is a positive side and a way forward.

For starters, the existence of fierce competition and intense passion for products reveals that there is a vibrant market to begin with. Almost every venture capital presentation includes a slide about the competitors. Additionally, while blockchain projects can compete with each other for users, developer mindshare and community, there is an overarching need for collaboration in expanding the reach of blockchain. Currently, only a fraction of the population has any exposure to the blockchain space, and uniting to bridge the gaps for newcomers should take precedence over small internal contests.

Indeed, many in the blockchain space are trying to turn the corner and find a new path. With interoperability on the verge of becoming a reality, many developers are uniting to work together to bridge chains. The results of such technical advancements are monumental and indicate a tangible unity between developers to see through the success of the underlying blockchain engine.

The interconnectedness of chains, both on a technical and ideological level, acts as leverage Metcalfe’s Law to stimulate growth for all. Metcalfe’s law states that the value or utility of a network is proportional to the square of the number of nodes it is connected to. Connecting chains and ecosystems accelerates Metcalfe’s law exponentially at work. This kind of healthy competition is necessary to advance the cause of decentralized finance – less protectionism, more fraternity. Polkadot and Cosmos are thriving decentralized communities and are examples of what mature collaboration within DeFi can produce.

The blockchain dream may have a long way to go before becoming the fertile ecosystem pioneers dreamed it would become. It is true that a house divided against itself cannot stand, and the matter could not be clearer in the world of blockchain. It’s time for developers and crypto enthusiasts to take down their dukes and team up.

Beni Hakak is the CEO and co-founder of LiquidApps. Previously, he was operational director at Bancor and strategic advisor manager at Ernst & Young. Prior to that, Beni had served in an elite technology unit of the Israel Defense Forces and graduated from Israel’s finest technology institute, Technion, in industrial engineering and management. Beni discovered blockchain technology four years ago and has since been creating, advising and working for companies in the space.