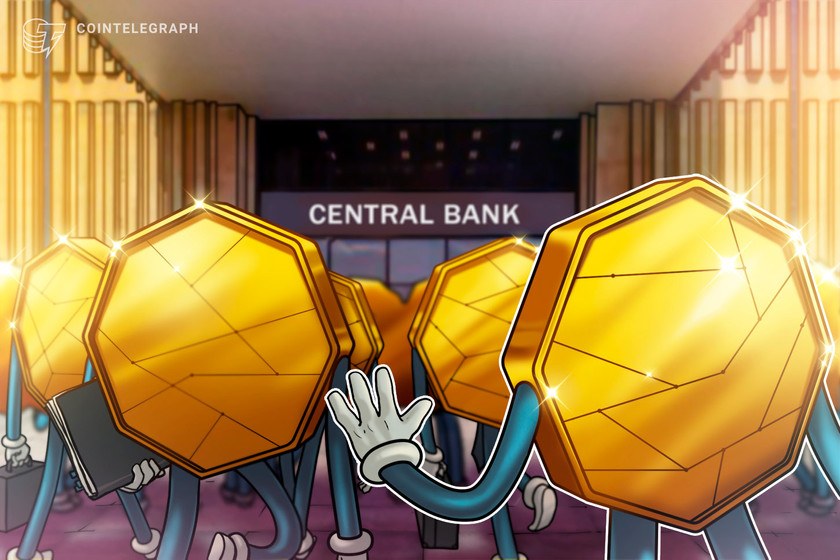 According to a new report from the Bank for International Settlements, central bank digital currencies, or CBDCs, are entering the “advanced stages” of involvement as countries around the world seek to take advantage of blockchain technology.

In its latest study on CBDC development, the BIS shows that central banks representing about one fifth of the world’s population will introduce a “general purpose CBDC” in the next three years.

The 23 page document is based on primary consultation with more than 60 monetary authorities by the end of 2020.

The survey shows that 86% of central banks worldwide are actively exploring CBDCs. While it is unlikely that the majority will issue a digital currency in the near future, a significant minority is moving forward.

About 60% of central banks are experimenting with digital currencies, while 14% are continuing development and pilot programs.

The Federal Reserve of the United States is one of the monetary authorities actively investigating CBDCs. Fed economists investigate so-called ‘intrinsic value’ of the digital dollar and have published several research papers on this topic.

“Most central banks are now exploring the arguments for CBDCs in one way or another, and overall, the research indicates a continuing shift from purely conceptual research to experiments and pilot projects. Despite these developments, however, a widespread rollout of CBDCs still seems a long way off. ”

In prepared comments released alongside the report, BIS Managing Director Agustin Carstens said CBDCs “can serve as the basis for functioning payments”, but only if accompanied by “proper law enforcement.” Anonymous tokens “don’t fly,” he said.

Carsten explained that without an attached identity, CBDCs would increase concerns about money laundering, undermine efforts to drive financial inclusion, and contribute to cross-border instability.

“When well designed and widely adopted, CBDCs can become a complementary means of payment addressing specific use cases and market failures. They could act as a catalyst for continuous innovation and competition in payments, finance and commerce in general.”

The BIS, commonly referred to as the “central bank bank”, promotes monetary and financial stability and international cooperation among central banks worldwide. Founded in 1930 and headquartered in Basel, Switzerland, the organization’s mandate has expanded over the decades to include emergency funding for troubled governments.

As Cointelegraph reported last week, the BIS is currently working on a CBDC settlement platform. Early-stage trials will begin later this year.