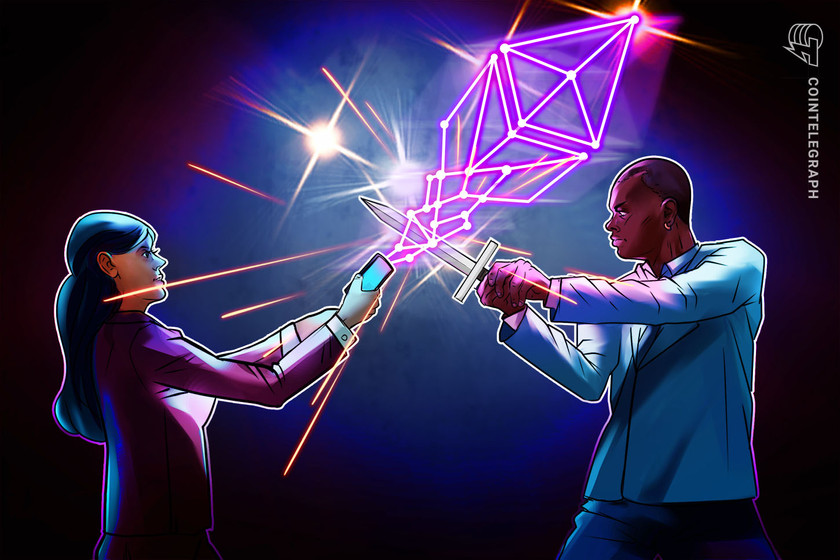 Software engineers and developers are slowly shifting their focus from layer-one blockchains once dubbed ‘Ethereum killers’ to the growing number of new decentralized financial protocols.

The findings confirm that Ethereum remains the most actively developed blockchain protocol in the past twelve months, followed by Cardano and Bitcoin. Jumping into fourth spot in the year of its public launch is the decentralized file storage project Filecoin.

The report noted that while some new platforms such as Polkadot, Cosmos and Avalanche are seeing an increase in developer activity, many of the traditional Ethereum competitors are seeing a decrease in core development.

The report stated that Ethereum-based DeFi platforms took the space by storm in 2020 and that they have seen an increase in developer activity with Aave and Balancer showing the most growth.

Besides these two, Maker, Gnosis and Synthetix were the most active projects, while two other recently launched DeFi protocols also boomed in terms of developer activity.

“SushiSwap and Yearn Finance, both launched in 2020, grew quickly and beyond the development activity and scope of most other DeFi protocols.”

At the height of the DeFi boom in mid-2020, Santiment investigation revealed that the top DeFi development platforms were Maker, Synthetix, Band Protocol, and Augur.

DeFi was not the only growth sector as activity in the NFT (non-replaceable token) and Metaverse projects such as virtual worlds, collectibles, gaming and crypto art also saw market-wide interest.

The report noted that Decentraland had development activity at similar levels to some major blockchain technologies such as Stellar and Algorand, and higher than some of the most popular DeFi protocols such as Uniswap and Compound.

To generate the data, the researchers analyzed Github repositories and commits, where developers submit code updates, improvements, and proposals.

However, Ethereum still remains the king overall, with 14% more developer activity than its closest rival, Cardano, and almost double Bitcoin’s in terms of commits.